The Dolphins the Whales and the Sprat

from The Fabulist by Juniperus 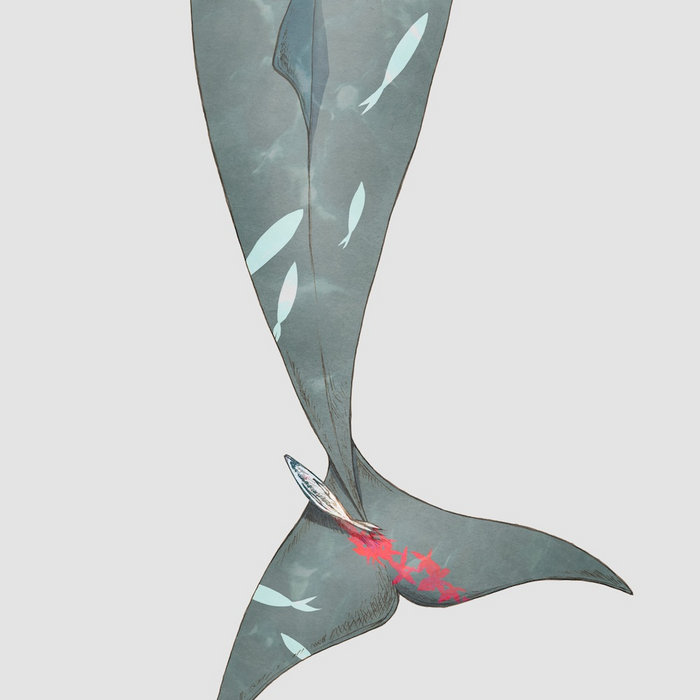 As many mammals, waterbound, had argued in the ocean,
the dolphins, they decided that they couldn't take much more.
The whales intended to create a selfish situation,
but disagreements had ensued. A battle was implied.
Before they carried on, instead, a sprat thought to deny.

O' little one, you have no place to be the reconciler,
and all the while, it takes a shot to make another smile.
You have a hope, and want to speak your mind to make resolve,
with good intentions wishing for this squabble to dissolve

Swimming into place, the sprat was ready to make action.
She opened up her mouth and bubbles rose to meet the air.
The tiny voice had spoken and was heard among each pod,
"Please refrain from fighting, with your reasons far from fair."

A dolphin taking notice changed his glance to meet the fish.
With grey and red among its face, the anger, hard to miss.
The sprat began to fear the indignation in its eyes,
and not a single thing was spoken, except for this reply,
"How could such a feeble fish think she could change our minds
to have you stop us here, I say, we'd rather end our lives."

O' little one, you had no place to be the reconciler,
and all the while it takes a shot to make another smile.
You had a hope before you spoke, but after, they replied,
it disappeared when dolphin told a mad remark so snide.

In 2013, Jeffrey Popiel began a solo project titled 'Juniperus'. His inspired originals have more recently taken on a new life with the pursuit of ÆSOP's Fables. While these new 'fable songs' reside in the realm of folk, they present themselves in a diverse way, by using distinct voicing for each character, and swaying between genres, such as ambient folk, quirky pop, and folky blues. ... more

Bandcamp Daily  your guide to the world of Bandcamp