The Ox and the Frogs

from The Fabulist by Juniperus 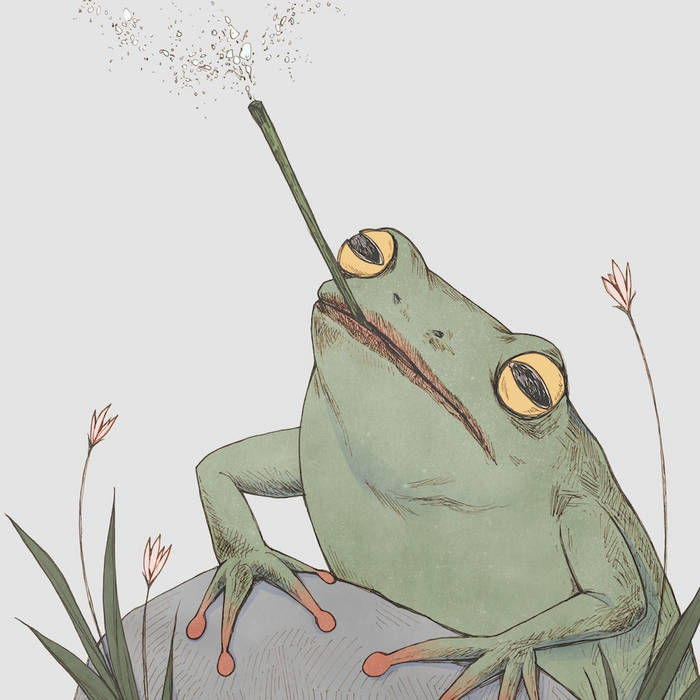 Two brother frogs had begun at the edge of a pond they had always called home, while dancing to recreate leisures of life, an ox hoof had flattened Jerome.

Bro of Jerome sat in silence, alone, as he mourned the new death of the frog. The ox wasn’t sorry, and not of disgrace, an accident, he did not know. When done drinking the pool by the silent one stunned, right next to the old rotten log, the towering figure then finally left, and the little one ran through the fog.

Days had gone by, and the mother of both had an inkling of something amiss. Robert was there, but his brother was not. At that moment, young Rob described this:

"Forever now gone, Jerome, by the pond, was trampled by creature so great. Its eyes were the size of the two of us each, gigantic, but noticed too late.”

The mother then spoke, and had asked if she matched the large size of the beast of the tale. She puffed herself up while she doubled in size, but in comparison did not pale.

Bigger and bigger, she began to gro-o-O-OW, surely much bigger, the creature was so.

When Robert replied, "No, mother frog, yet much larger than that, as his head was the size of you now." Right then she began to take deeper a breath, to attempt to match girth of the cow.

Bigger and bigger, she began to gro-o-O-OW, surely much bigger, the creature was so.

When Robert again said, “much larger that that!” she was nearly the shape of a ball. There is no way in any swamp land here on earth, she could even be nearly as tall.
But, bigger and bigger, she began to gro-o-O-OW, surely much bigger, the !

In 2013, Jeffrey Popiel began a solo project titled 'Juniperus'. His inspired originals have more recently taken on a new life with the pursuit of ÆSOP's Fables. While these new 'fable songs' reside in the realm of folk, they present themselves in a diverse way, by using distinct voicing for each character, and swaying between genres, such as ambient folk, quirky pop, and folky blues. ... more

Bandcamp Daily  your guide to the world of Bandcamp